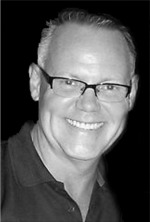 W. Everett Hauck, III comes to D3s19n Th1nk1n9 with over 15 years technology, marketing and sales leadership experience.  His strategic and tactical expertise in both traditional advertising and interactive/digital media industries has garnered scalable success for his clients.  Mr. Hauck brings new branding services to  Palm Springs and the Coachella Valley as a Senior Marketing & Sales Executive, Business Development Strategist, and Chief Operation Officer.  His talents have led many organizations to improve their Digital Marketing, Customer Relationship Management, E-Commerce, Sales Operations, and Business Process Improvement projects. He has developed and executed many digital marketing campaigns and strategies for his clients across many industries ranging from local retail merchants, regional franchises, Fortune 500 Brands, and National Advertising Agencies. 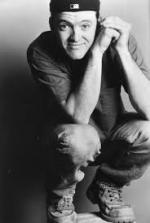 Robby Jr. is a strategic and innovative leader with a record of exceptional experience and a historic portfolio of outstanding achievements in the Advertising and Entertainment Industries.

You have probably seen his work in these commercials too!  Here is a sample of his experience with these global brands and celebrities:

•    Bud Light with Cedric the Entertainer

•    Capital One with David Spade

•    The Grammy’s with Justin Timberlake

•    US Cellular with Joan Cusack

Robby Jr.’s reach extends to local, regional, and global arenas and he is very good at managing complex and diverse situations while being responsible for billions of dollars in advertising revenue.  When it comes to conceptual, creative and innovative thinking capabilities, he is truly unique.  D3s19n Th1nk1n9 is honored to have Robert B. Martin Jr. on our team!

Robby Jr. serves as the CEO and Executive Casting Director of Digital Dogs Casting, Monkey Brothers Casting, and Funky Ferrets Casting.  He is also a contributing writer of Backstage Magazine in Los Angeles. 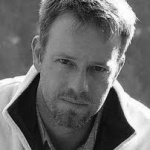 Eric Criswell is an award-winning Content Marketing Executive that has produced cutting-edge media campaigns from strategic planning and creation through implementation. He is an extraordinarily talented and creative media professional with 20+ years experience. His capabilities help brands craft compelling story lines to increase awareness, improve loyalty, and stimulate consumer engagement.

Eric’s work doesn’t stop there.  As the Social Media Marketing Consultant and Content Producer for Intel Corporation, he designed and implemented a online campaign that helped engage teachers and students in exploring cutting-edge science and technology curriculum and careers, which doubled Intel’s website traffic and increased social media participation by 100-fold in just six months.

As the VP of Marketing for Creative Brokers International in Los Angeles, Mr. Criswell created an endorsement deal with AMC’s Mad Men; launched national seminars for United Capital Financial; and crafted online initiative for Green Kitchen Tools that aired on Food Network. He is highly experienced at leading cross-functional creative, PR, customer services teams and is recognized as the “go-to-guy” that connects many marketing and sales professionals.

Eric is a man with a heart.  His services extend to Vista Del Mar Child and Family Services, where he produced strategic advertising and marketing campaigns to raise community awareness of childhood autism. He helped expand the organization’s goal to raise $3 million.

D3s19n Th1nk1n9 is honored to have Eric Criswell on our team!

Check your competition too.

Contact us today to put our team to work for you!

"...Approaches challenges with great attitudes and smiles. I hope to have the opportunity to work with D3s19n Th1nk1n9 again."

Print | Sitemap
© D3s19n Th1nk1n9 - Any use of the trademarks, service marks, collective marks, design rights or similar rights used or cited on this page are the property of their respective owners.
Login